A Weekend full of fishing 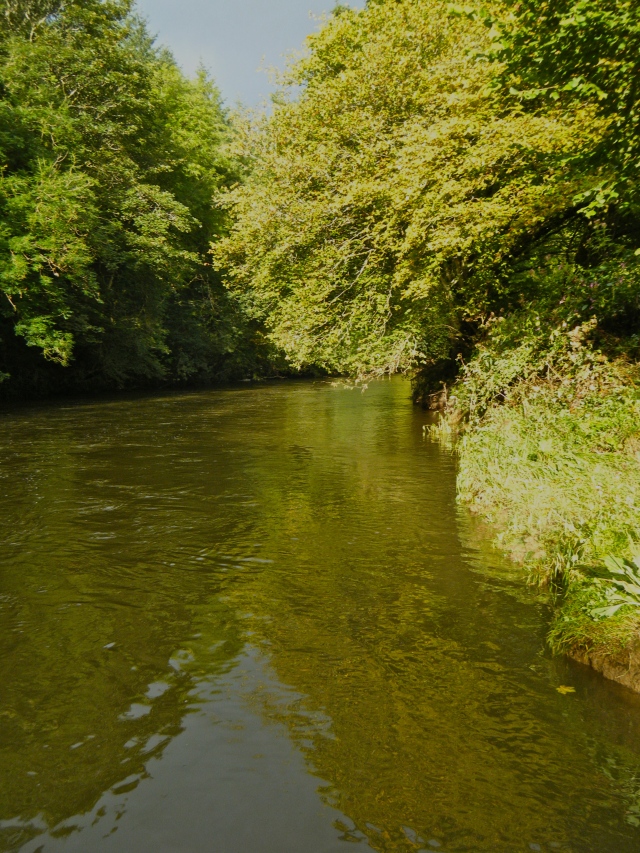 The river was running a touch too high and was still carrying a fair bit of colour but surely it was worth a few casts? Morning sun illuminated the trees with shades of autumn starting to show. The Himalayan Balsam added a splash of colour and droplets of dew sparkled like jewels. The whole landscape had the timeless air of a Constable masterpiece. To catch a salmon would have been the icing on the cake. I blanked on this first session of a busy weekend of fishing.
After returning home for breakfast it was off to the coast to target bass and mullet. I had signed up to fish a local charity match at Lynmouth and had decided upon a two session foray fishing for bass with the lure on the early flood tide and turning to mullet as high water approached.
On arrival at the coast I was surprised at the strength of the wind. A force Five to six North Westerly is not what I would term light winds as forecast by our friends the Met office. I set up the plugging rod and scrambled over the rocks to the waters edge where I commenced to cast my favourite IMA Komomo 125 plug. It was hard going casting straight into the wind but I persisted for an hour before moving along to a fresh section of coast. I tied on a Slug Go and started casting into a shallow gulley as the tide pushed in. There was only a foot of water surging in but I felt certain the bass would be there. After twenty minutes wallop there is a savage take, the rod hoops over and the reel sings. A bass of close to 5lb is soon beached and despatched to take home for tea. No apologies for keeping a few medium sized bass, they taste good and I always try to return the bigger fish to help preserve stocks. 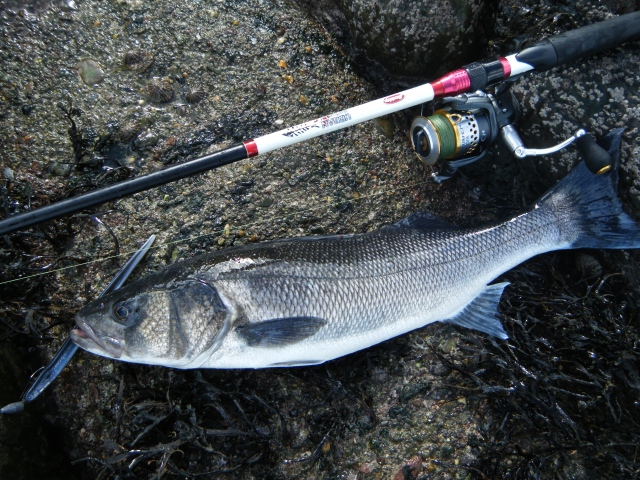 There is no further action as the tide floods and its soon time to head off in search of a mullet. The tide is pushing into the estuary as I set up the quiver tip, tie on a two-hook paternoster, pinch on the breadflake and swing out the swimfeeder. A few rattles of the rod tip soon indicate that fish are present. Smelt, small mullet or bigger mullet I wonder? A little later and a couple fellow club members arrive and to share the tide.
Several mullet begin to show and eventually my rod tip gives a good indication and for the second time that day my rod bends as a fish fights for freedom. The grey mullet is landed with help from fellow club member Adrian Gove. At around 2lb its no specimen but as I have said many times if you catch the species you seek your half way there as you cannot determine the size of fish that will take the bait.
Two hours later after watching several specimen mullet swim around the baits I once again concede defeat and once again understand why some believe these wily fish un-catchable.
A gathering of anglers at the Rising Sun Lynmouth is a great way to round off the day with platefuls of sandwiches and hot chips eagerly consumed. 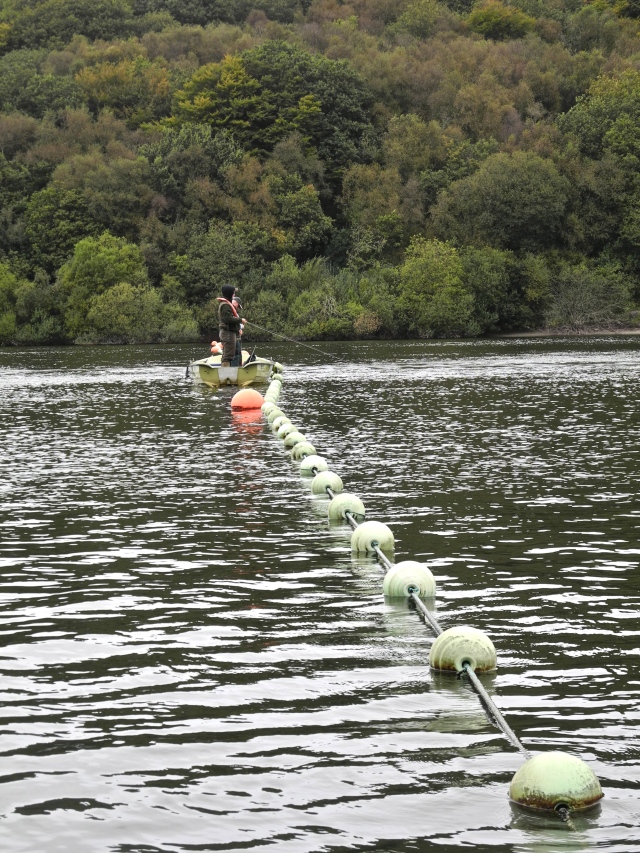 It’s up again at first light next morning to drive across to Clatworthy Reservoir nestled in the Exmoor hills to the South of Watchet. I am sharing the trials and tribulations of a day’s trout fishing in a boat with fellow Wistlandpound Fly-fishing Club member Andre Muxworthy. Its an easy row to the dam area of the lake but a far harder row back later in the day into a brisk wind.
Fortunately for me I find a winning combination fishing a bright orange booby on the point and a black buzzer with orange thorax on the dropper. Casting out and allowing the fast sink line to take the flies down before commencing a jerky retrieve. 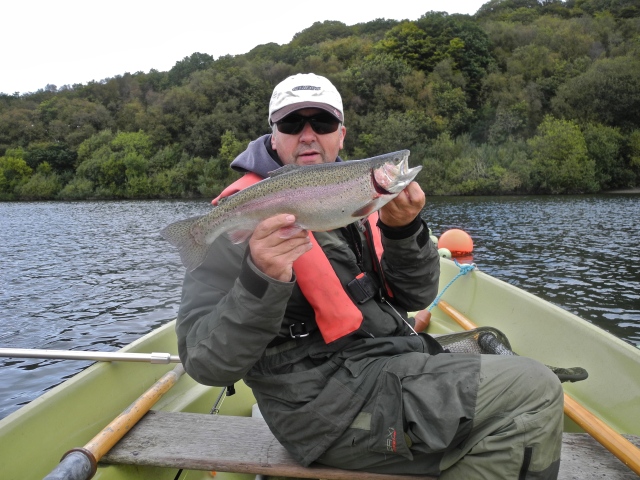 In an hour and half I complete a limit bag of five trout two taking the booby and three the buzzer. 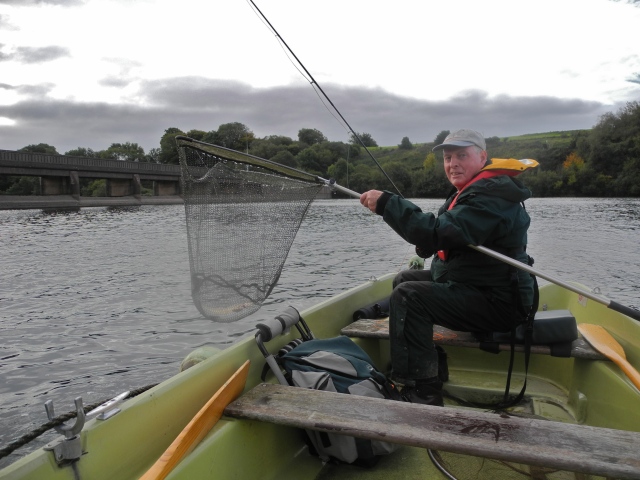 Andre lands four trout by 4.00pm and we head back to the lodge and an eagerly anticipated cup of coffee. I end up in third place with two other five fish limits just topping my total of 12lb.
It’s hard to comprehend that a whole summer has passed by since the club fished the venue in the spring landing five fish bags topping 20lb.
I return home that night a little jaded its hard work fishing all weekend. 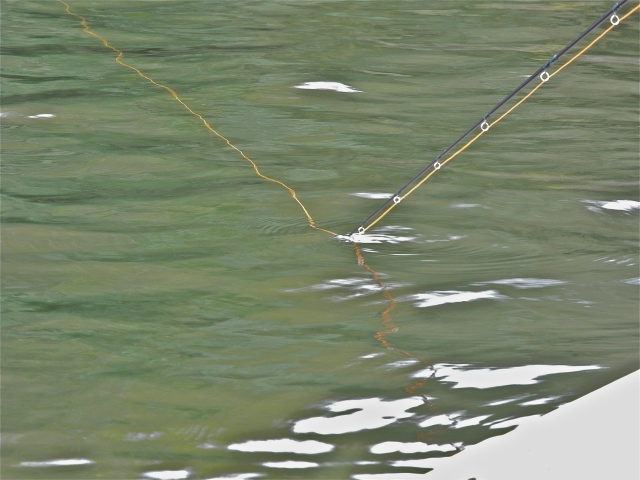 An all-round angler I fish for fun and enjoy sharing my experiences and adventures at the waters edge. Each week I write a column for the North Devon Journal and occasional articles for various publications.
View all posts by piscator2 →
This entry was posted in Uncategorized and tagged Bass, Lynmouth, mullet. Bookmark the permalink.