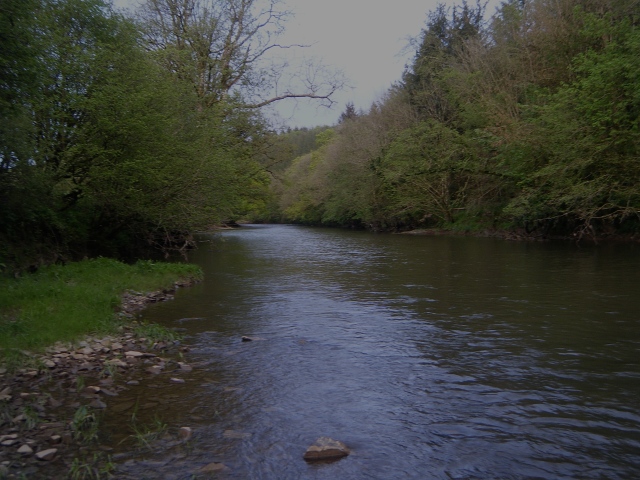 The line was flicked out across the river alighting upon the surface; a quick flick of the rod tip to mend the line and then the inquiring drift across the current. This pleasing action repeated after each step downstream.
The river was slightly colored fining down after recent rain. Surely salmon or sea trout would be present?
The line zipped tight; the rod took on its curve following that sublime moment of deception and connection. Life surged through the line a splash on the surface and a glimpse of silver.
Over the next ten or twenty minutes the salmon battles against the single handed rod and taught line. No long surging runs from this fish just occasional surges taking line from the fly reel causing it sing out in short bursts.
On the high bank an audience gathered to watch the drama. Jostling for position the young bullocks watched on inquisitively.
At that moment all that mattered was to bring the fish to the net. I cannot say the ebb and flow of the contest with the salmon is enjoyable as there is an irrational fear of loss. As has been said before it is impossible to lose what you have never had.
Eventually with a sigh of relief the salmon is safely within the net. The hook is easily removed from the salmon’s upper jaw and after a quick picture the fish is cradled in the current until with a flick of its tail it swims strongly away. 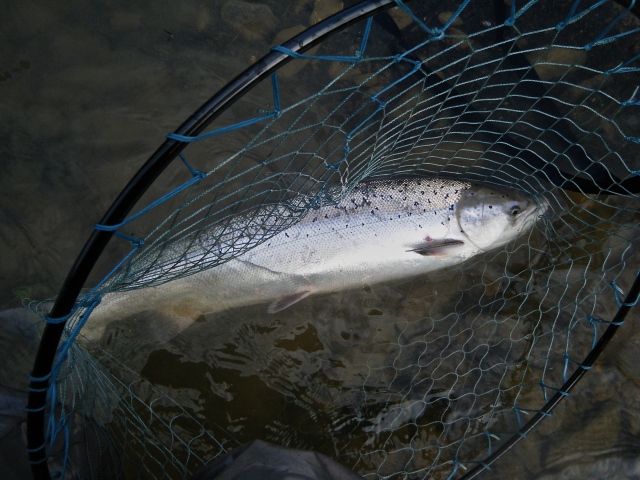 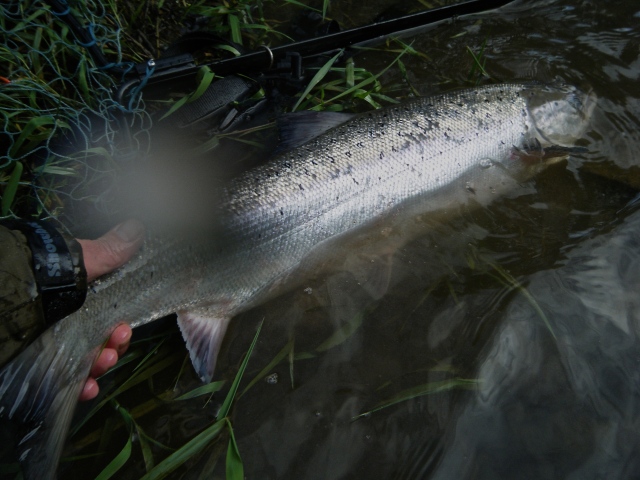 Composing myself I check the line and wade back into the river fishing back down just in case another salmon waits. It is said that the best time to catch a salmon is when you have just caught one.
Contented in triumph I savor the surroundings. High above in the evening sky hundreds of martins and swallows twist and turn in an evening feast. Fresh green growth decorates the bank side trees. Life felt good! 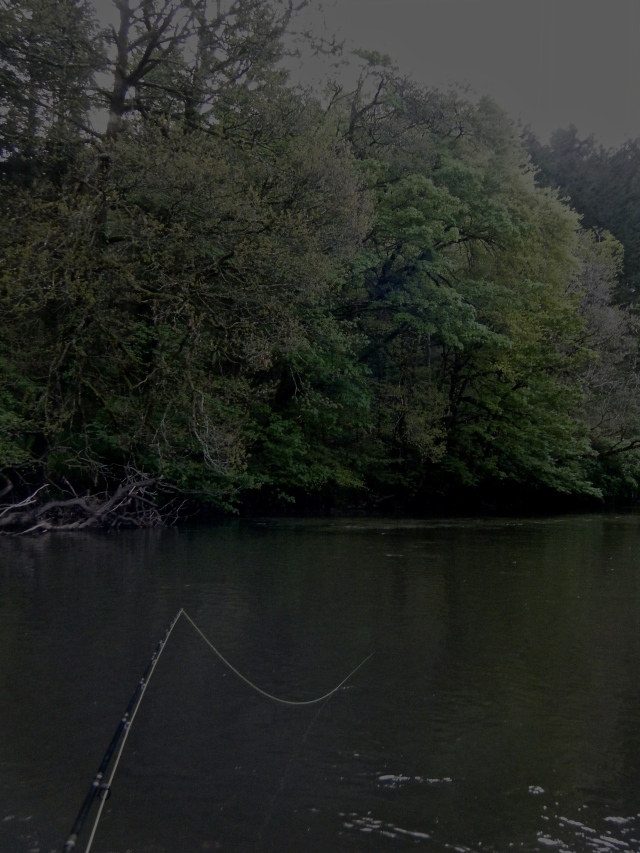