Visits to the waters edge with rod in hand have been limited over the past six weeks as a result of family holidays and work commitments. Fish have also been hard to find with reports of fish being landed sparse. 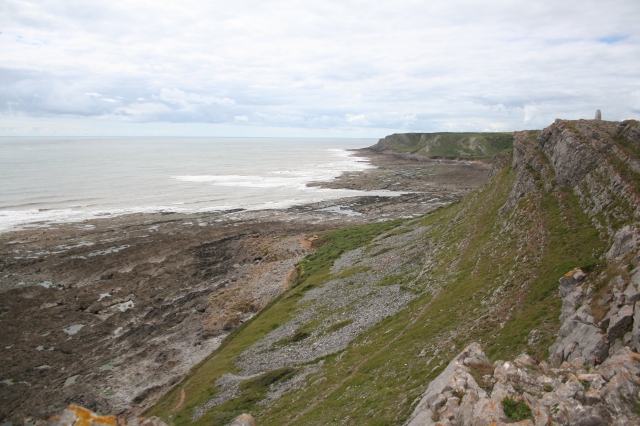 Mid July and a holiday on the Gower peninsula in West Wales not a fishing holiday. A lure rod was thrown into the car as always and there was an abundance of hardcore bass ground. Unfortunately for most of our stay the water was too coloured for lure fishing. Several anglers were fishing the coast armed with beach-casters and big crab baits. On a short session one evening I came across an angler fishing the incoming tide anchoring crab bait in a rocky gully. All the normal pleasantries were exchanged before his mobile rang and I carried on my. To my surprise he called me back and suggested I try the top local lure for bass. He pulled a white flying “C” from his bag and passed it over; to my surprise he told me to keep it. I thanked him and went on my way buoyed by the friendliness and generosity shown by a total stranger.
A visit to a local carp water saw me stalking carp with a big lump of floating crust. The fish were not heavily fished for and within minutes swirled at the crusts I tossed into lake. I returned ten minutes later armed with a rod and line. Three hours later I returned home perplexed by failure to attract any further interest in the bread. 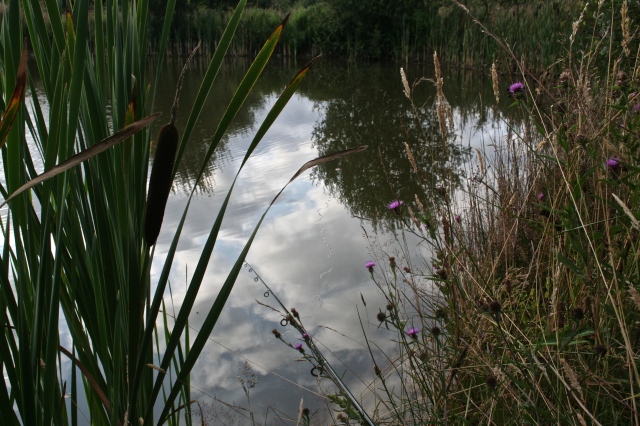 I seldom target thin lipped mullet but enjoyed a day wondering the Upper Taw estuary with my good friend John Avery. Armed with a light rod a few adapted Mepp’s spinners and a mixture of harbour ragworm and Isome ragworm we searched the water. Enjoying only limited success with two mullet falling to my rod along with a succession of school bass. Fellow club member Graham Snow landed a huge thin lip of close to 5lb somewhere on the river on the same day proving that one lucky cast is all you need. 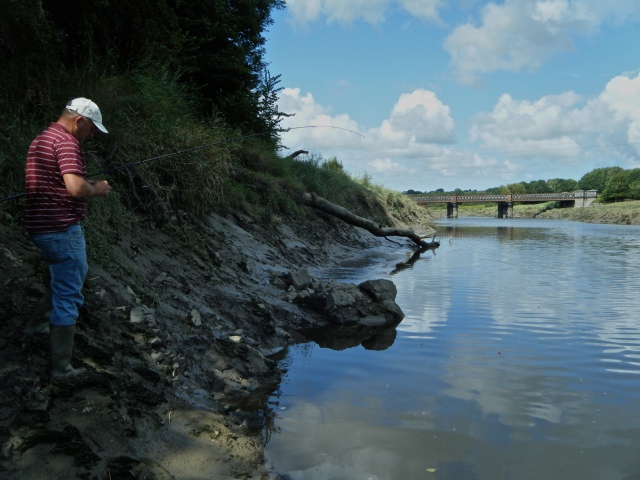 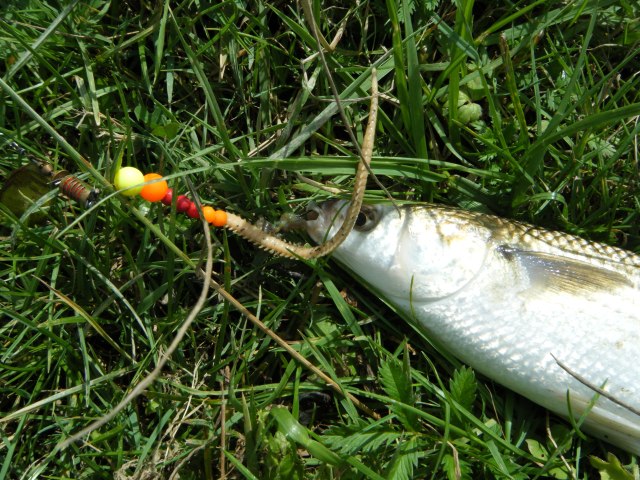 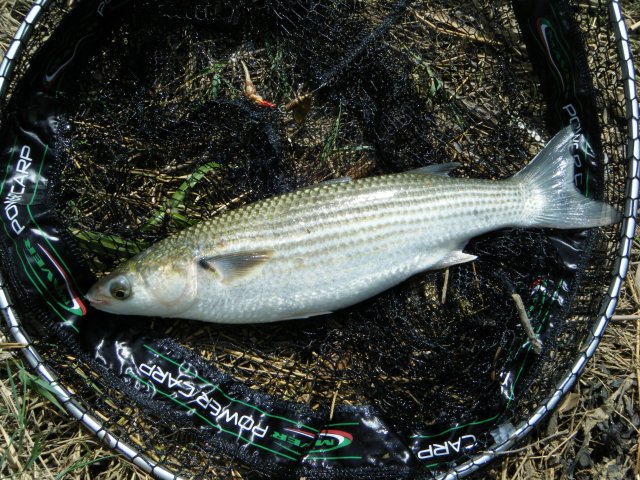 A short lure fishing session on the coast was hampered by an abundance of weed suspended in the water snaring the hooks on virtually every cast. A small bass of a couple of pounds shadowed the lure early in the session but nothing followed after this.
The next couple of months should see the chance of some good fish so its fingers crossed for some suitable weather.

An all-round angler I fish for fun and enjoy sharing my experiences and adventures at the waters edge. Each week I write a column for the North Devon Journal and occasional articles for various publications.
View all posts by piscator2 →
This entry was posted in Uncategorized and tagged gower, thin lipped mullet. Bookmark the permalink.