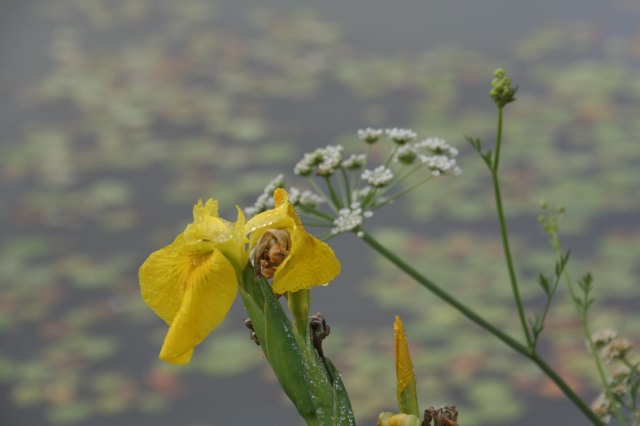 I have neglected carp fishing in recent seasons concentrating upon other species and reluctant to invest the time generally considered necessary. I did spend a few seasons pursuing carp back in the 80’s with some success but lost some interest as the carp scene became more and more commercial. The romantic carp fishing portrayed in the works of BB and Chris Yates was where the heart lay and with a change in work pattern long sessions became impractical. I have never lost interest completely though and would always consider myself the occasional carper.
When the opportunity came to visit a new water with large carp present I eventually succumbed to the temptation and set off to Summerlands Tackle to stock up on bait and bits and pieces. 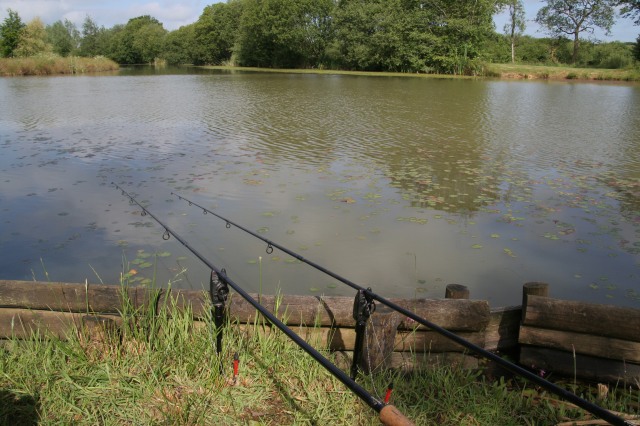 I arrived at Clawford Fisheries shortly after 8.00am and after a chat with the owner John Ray I set out to look around the lake I had elected to fish. Tanners Lake has one of the lower stock densities on the complex and some of the biggest fish. The hardest lake was probably not the best to choose but how could I resist the chance of a big fish?
Neilsen Jeffery and a group of match anglers were fishing JR’s lake just behind where I was fishing and the plan was to wind in my rods at weigh in time to take a few pictures. Amongst the match guys was Andy Seery who spent several years at Stafford Moor building it into one of the South Wests most prolific Match and specimen waters. It’s always good to catch up with fellow anglers and rekindle acquaintances.

After walking around the lake I had chosen a swim that gave access to quite a wide area of the lake. I elected to put out two beds of bait; one to the far bank and one to the margin to my left. Sweetcorn and hempseed with a scattering of boilie’s, I cast the rigs and baits out and sat back to await events. Chaffinches, robins, wrens and other birds soon fluttered around. Where better to spend a day than by a lake in summer with lush fresh vegetation all around, birdsong in the air and white cotton wool clouds drifting across a bright blue sky.
I catapulted out a few chum mixers and watched the water. After a while a carp’s mouth appeared and slurped down a mixer. Reeling in one f the bottom baits I tackled up with a floater set up and cast towards the feeding carp.
The feeding spell was short lived and after half an hour the carp disappeared.
The day drifted pleasantly past and when the match ended at 4.15pm I wound in my rods and grabbed the camera capturing a few smiling faces for possible use in the following weeks journal column.
Andy Seery had won the competition tempting over 70lb of carp on pole tactics.
With the match over I decided upon a move to another area of the Lake where I had seen a few carp cruising. Bottom bait went into the margin and a few floaters were sent out into the lake.

It was not long before a couple of carp started mopping up the mixers. It was an inspiring sight as one of the carp was a big fish well over twenty.

For the next couple of hours carp fed on the mixers; all accept the one with my hook in!
The evening sun sank slowly; a kingfisher flashed past. It was not yet late but I was feeling tired with an hours drive a head of me. Reluctantly I packed slowly away. I trudged slowly back to the car the gear seeming to weigh twice as much as it did on the way to the water in the morning. I glanced across the valley; a roe deer was grazing in the fields beside the woods.
It will not be too long before I return.