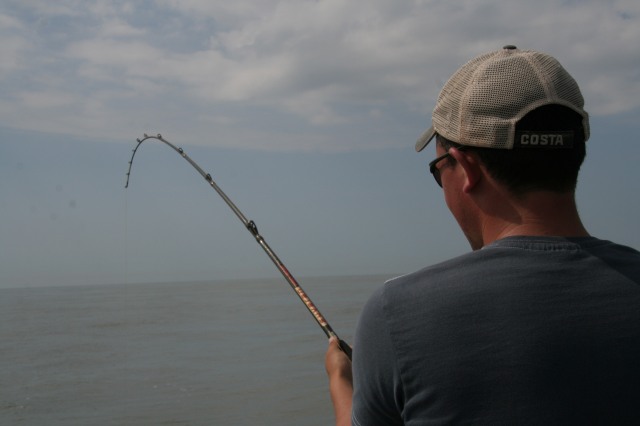 Conger are a fish that hold a certain fascination and it is easy to imagine them lurking within the rusting hulk of the wreck beneath as we fish from the boat above lowering or squid and mackerel baits. There is a certain brutality with conger fishing it’s a bit heave and hold on to extract the fish from their lair.
On a recent trip aboard Reel Deal Charters out of Watchet I witnessed some of the most hectic conger fishing I have ever been privileged to be part of. We fished a wreck several miles off Foreland Point and for once the weather played ball. My main occupation on this day was to produce an article regarding Dan Hawkin’s and his boat Reel Deal Charters recently sponsored by AMMO baits. My son James and his good friend Rob Sciones were on board to enjoy the sport on offer along with Ian Tyldesley of Ammo and a few Reel Deal regulars.
By the time we reached the wreck mark after a couple of stops in search smoothound and bass we had got to know each and developed that bantering rapport familiar to all regularly fish aboard charter boats. The tide was still running hard when Dan dropped anchor which ensured James enjoyed a mammoth tussle with the first conger to succumb to our baits. At just over 12lb it was no monster but despite this it gave a good account in the strong tide.

Over the next two hours close to forty conger were boated including a beauty of 38lb to the rod of Philip Brown Hughes and Ian Tyldesley boated a brace of twenty’s.

Kody Sherwood cursed his misfortune when a big eel estimated at over forty pounds severed his heavy mono trace as it was about to visit the boat deck!

It is interesting to speculate how big eels can grow in the Bristol Channel. In general the eels that inhabit the channel do not reach the size of those on the South coast where fish of 100lb plus are boated most years. A fifty pound plus conger is a talking point in the Bristol Channel or off the North Cornish coastline. Is this as a result of the strong tides, food availability or some other factor?

On the way back to Watchet we tried a couple of marks before anchoring over a rocky area just off Watchet. A few conger and smoothound could be expected here Dan explained. I asked if there was a chance of ray, to which Dan replied; “No don’t often catch ray here”. Ten minutes later James and Rob proceeded to wind in a brace of thornbacks proving that you never know what will happen next.

All in all we had a very enjoyable day with great company the normal banter, plenty of tea and coffee and good sport. 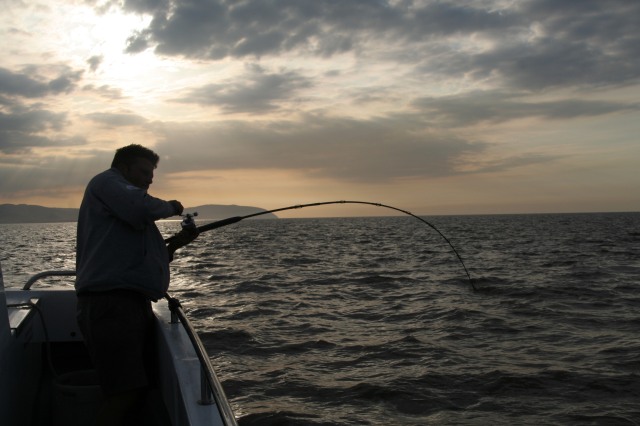