Not the best of starts but thats the name of the game. 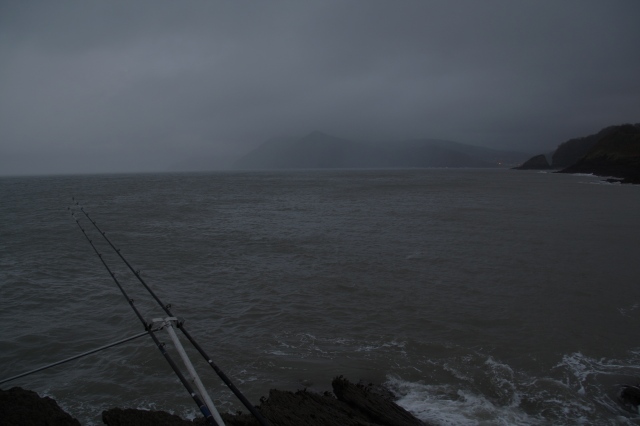 As always I was keen to get fishing for the first session of the New Year but after studying weather we delayed this pleasure until January 2nd. Kevin, Dave and myself intended to fish a rocky promontory that has treated us well in the past. It should have given some protection from the light to moderate Westerly wind that was forecast.
On arriving close to our destination we set off lugging the rods, rod rests, gaff, landing net, rucksacks and rope. The familiar sound of rattling yachts rigging signaled that the wind was stronger than expected. On reaching the cliff top a gust of wind caused me to stumble slightly twisting my ankle. Undeterred we descended the rocks and clambered across a gully strewn with boulders. Stout footwear with steel studs proved their worth. Hot and sweaty we arrived at our rocky platform.

The sea was well coloured following weeks of rough seas and rain. We tackled up eagerly and launched our baits out in anticipation. Whilst we had some shelter it was obvious that the wind was far stronger than forecast with gusts probably reaching 40mph or more. It was great to there despite the inhospitable conditions and I was pleased to try out the Chill Cheater smock I had recently purchased via Kevin. “Comfort in demanding environments” read the advertising blurb. http://www.chillcheater.com

As the light faded lights from Combe Martin glimmered through the evening gloom. My rod tip nodded and I hooked into something half decent that came off before coming into view. As night descended the wind continued to strengthen and it difficult to distinguish between rain or wind blown spray from a roughening sea. 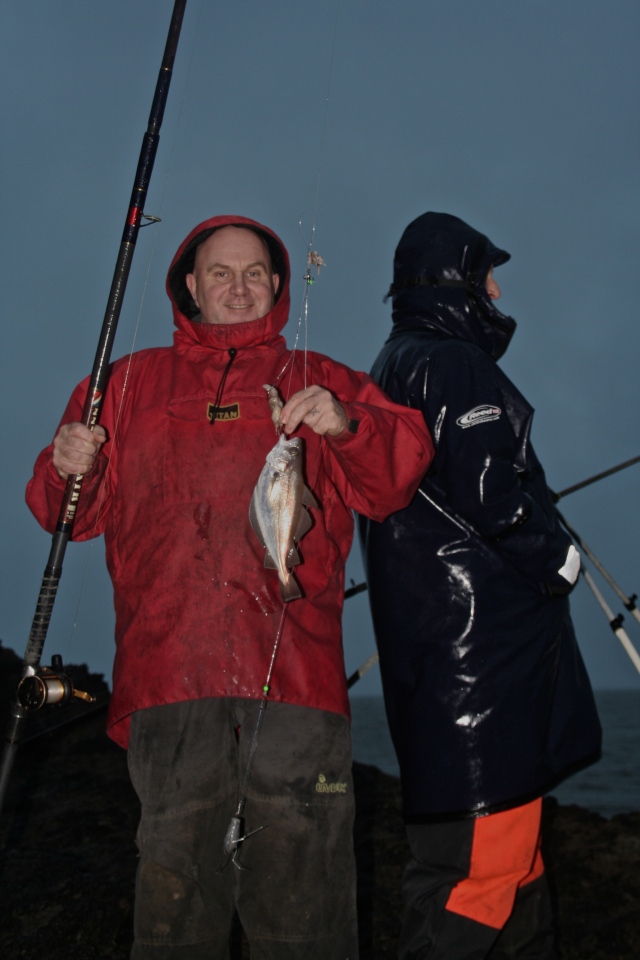 The next three hours were hard work. A few dogfish rattled the rod tips. Dave caught a plump pouting and we landed half a dozen conger the best falling to Dave’s rod at about 15lb. My best would probably have scaled 10lb. 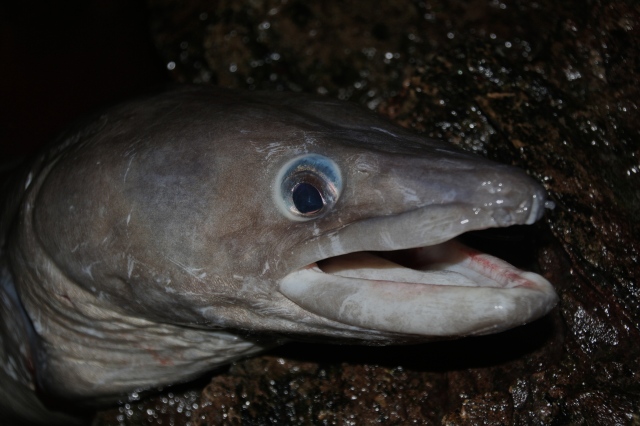 A tangle on my rod resulted in me taking my rod apart and slotting back together. The clumping sound that resonated as the ferrules joined struck a worrying note. Half an hour later my fears were proved correct when three of us heaved on the two sections unable to prise them apart. It is not easy lugging a 13ft rod up and down sheer rock faces. It is also far from car friendly when it comes to driving home. Fours days later I have eventually got the  twenty-year-old rod apart using a pipe wrench and a strip of thick rubber.
Later that night in a warm bed my swollen ankle throbbed. It had not been the most encouraging start to the year but its all part of the game.

An all-round angler I fish for fun and enjoy sharing my experiences and adventures at the waters edge. Each week I write a column for the North Devon Journal and occasional articles for various publications.
View all posts by piscator2 →
This entry was posted in Uncategorized and tagged conger, rain, waterproofs. Bookmark the permalink.